We are very excited to announce that we have partnered with Only A Pavement Away. The charity provides vital support amongst ex-offenders, ex-military and the homeless who are seeking new employment to offer them opportunities within the hospitality sector.

Only A Pavement Away aims to bring together the hospitality industry in a focused effort providing emergency support to homeless people across London with meals, kitchen, equipment and financial support covering help with accommodation, living expenses and other associated costs.

From September 1 we will be putting payment pads in all our venues to raise funds for the sector by asking customers to donate to the charity. Also, with our planned expansion and openings over the coming months, including next month’s opening of The Lebanese Bakery at Harrod’s, we are proactively recruiting service personnel, homeless and ex-offenders.

QOOT will also support Only A Pavement Away’s ‘Fill A Flask’ campaign designed to distribute thermal flasks to people sleeping rough. On August 26, our locations at Tower Bridge, Victoria, Oxford Circus and Covent Garden will be used as filling stations and members of their team will distribute cold water in refillable flasks to homeless in London.

The partnership will also include working with Only A Pavement Away on its Christmas campaign with a team of volunteers already eager to take part.

The partnership follows QOOT’s successful Feed Your Community initiative where the group donated more than 40,000 meals to over 14 charities and partners including NHS, homeless and children, and will continue to offer 50 per cent off to all key workers. 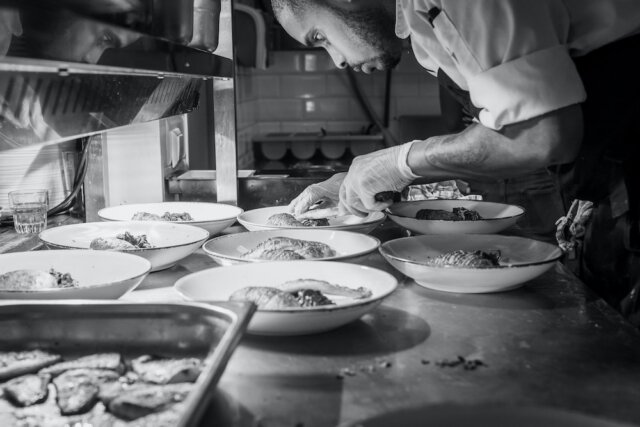 Scot Turner, QOOT Vice-President of Operations, said: “At Qoot, we want to make an impact in every community that we operate. Given the current situation we are seeing a significant rise in unemployment and homelessness, so with our plans for expansion it’s an ideal way for our brands to support a great cause, and to support the great work being done by Only A Pavement Away during this unstable time.”

Marco Reick, QOOT Director of People & Talent said: “Numbers of applicants per vacancy have risen dramatically over the past few weeks. We are seeing around ten times as many applicants per job within a couple of days than we’d normally see within a month.

“Vulnerable veterans, homeless people and ex-offenders are disadvantaged job seekers at the best of times and we realised that in the current job market they have moved even further down the pecking order due to significantly increased competition. This is why we want to make a conscious effort to ensure these vulnerable groups aren’t forgotten about. We are opening three new sites before Christmas and will create up to 50 new jobs. All of these vacancies will be made available on the Only A Pavement Away job board and we’ll actively seek to recruit members of these groups as part of our teams.”

Only A Pavement Away Founder, Greg Mangham, said: “We are delighted to be partnering with such a forward thinking company as Qoot. In just a short space of time we are already working on developing our partnership.”